The Scientists’ Truth About Vaccines

The Very Best Blog > Health > The Scientists’ Truth About Vaccines 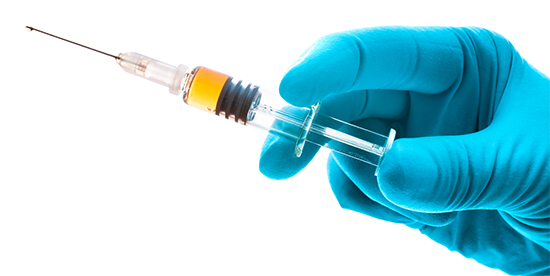 Mention your doubts about vaccines’  dangerous side effects and you’ll be sure to be shut down by pro-vaxxers. Have you done your research or do you blindly trust the holy doctor? They’ve been 100% right throughout history, right? So, you trust them completely, do you?

The problem that I have seen in the pro-vaccine side is that there are very few who have done in-depth research about the safety and efficacy of vaccinations, and if they do, they go looking for pro-vaccine studies only. They just know. Really, how did you just know? Most people that KNOW everything don’t realize that the propaganda machine has done it’s job on them. They just know.

Those who I have talked to, who actually will talk to me about it (unlike the minions who think, “I don’t care” or “I don’t want to get involved”), will say, “Well, I pay my doctor to know this. I trust my doctor.” Well, think about that for a second.

All I’m saying is, educate yourself. As said in this compilation of documentaries, “The science is out there. People are just refusing to look at it.”  So prove them wrong…look at it, and then say you know for sure that anti-vaxxers are nuts. What pro-vaxxers don’t know is that most anti-vaxxers are former pro-vaxxers who dutifully poisoned their kids and have the guilt of their lifetimes. They hold firm on their stance, not because they are nuts, but because they have seen the horrible side effects of vaccination.

There are many websites out there that will make you think. I will post them below. Please

So, you can be adamant and refuse to research, or have an open mind and watch this movie about vaccines. It might just save your life or your child’s life. Take a look at why it might not be so safe to vaccinate your kids. Take a look at the other side of the research to understand why the anti-vaccine movement is so strong. Are you ready to challenge your belief system? Ready?

And then there’s this very controversial movie, “Vaxxed”, directed by Andrew Wakefield who was slammed in Britain for actually standing up to say there might be correlation between autism and vaccinations. Instead of having an open conversation about it, many companies have insisted that this film be banned. And in fact, The Tribeca Film Festival took it off of it’s lineup when pressured by these forces. Why? You have to ask yourself WHY? What does the film say that would get people that outraged?

And then an insightful article about Astroturfing. Yes, it exists. I have found if I confront one, they move on. But these are people who are paid by the industry to sway public opinion by being mean and nasty, trying to get you to do the same.

Directly from a reporter