Extremely Toxic Food Dyes Are Still Being Put in Your Food 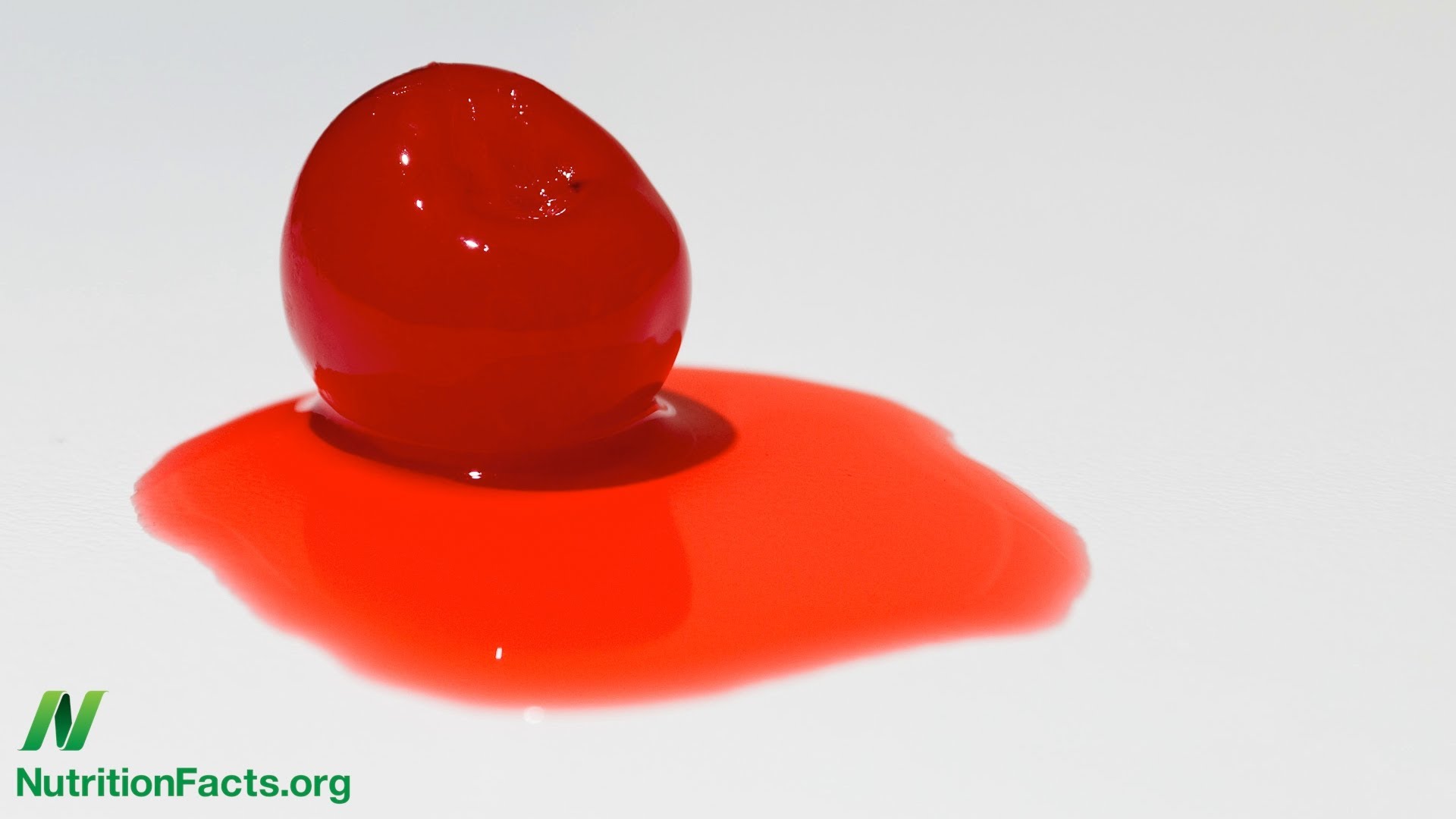 This is astounding to me. I love this website:  Nutrition Facts because this Dr. Greger does his research. So does Dr. Mercola.

I thought that these toxic food dyes were banned decades ago, but interestingly they were not although the FDA tried many times. Watch the video or read the text below. Either wa  y, we’re screwed. Is our government protecting us???  Unbelievable! Well, actually, it is believable knowing how corrupt our government is.

From Dr. Greger of Nutrition Facts:

“Fifteen million pounds of food dyes are sold every year in the U.S. Why? Foods “are artificially colored to make unattractive mixtures of basic ingredients and food additives acceptable to consumers.” Food colorings are added to countless processed food products to “conceal the absence of fruits, vegetables, or other ingredients and to make the food appear better or of greater value than it is.” Otherwise cherry popsicles might actually look as if they had no cherries in them!

I’ve talked about the role of food dyes in causing ADHD symptoms in kids (See Food Dyes and ADHD), but what about their role in cancer?

Due to cancer concerns, Red dye #1 was banned in 1961. Red #2 was banned in 1976, and Red #4 was banned soon after. But what about Red No. 3, used today in everything from sausage to maraschino cherries? It was found to cause DNA damage in human liver cells in vitro, comparable to the damage caused by a chemotherapy drug whose whole purpose is to break down DNA, but Red No. 3 was also found to influence children’s behavior over 30 years ago and to interfere with thyroid function over 40 years ago. Why is it still legal?

By 1985, the FDA had already postponed action on banning the Red No. 3 twenty-six times, even though the Acting Commissioner of the FDA said Red No. 3 was “of greatest public health concern,” imploring his agency to not knowingly allow continued exposure (at high levels in the case of Red No. 3) of the public to “a provisionally listed color additive that has clearly been shown to induce cancer while questions of mechanism are explored. The credibility of the Department of Health and Human Services would suffer if decisions are not made soon on each of these color additives.” That was over 30 years ago. (To see the 1985 article published in the New York Times, check out my video, Red no. 3, Coloring to Dye for).

At the end of the day, industry pressure won out. While FDA scientists and FDA commissioners have recommended that the additive be banned, there has been tremendous pressure to delay the recommendations from being implemented.

In 1990, concerned about cancer risk, the FDA banned the use of Red No. 3 in anything going on our skin, but it remained legal to continue to put it in anything going in our mouths. The FDA also said they planned to end all other remaining uses of Red No. 3, lamenting that the cherries in 21st century fruit cocktail “could well be light brown.”

But over 20 years later it’s still in our food supply. After all, the agency estimated that the lifetime risk of thyroid tumors in humans from Red No. 3 in food was at most one in a hundred thousand. Based on the current U.S. population that’s 3,000.”

According to Dr. Mercola, food dyes are everywhere. Read this article about these toxic food dyes and WHY, WHY, WHY is this allowed?? Here is what Mercola lists in his 2011 article (so I’m not sure if this is up to date, but I would be willing to bet that nothing has changed. It’s business as usual.)